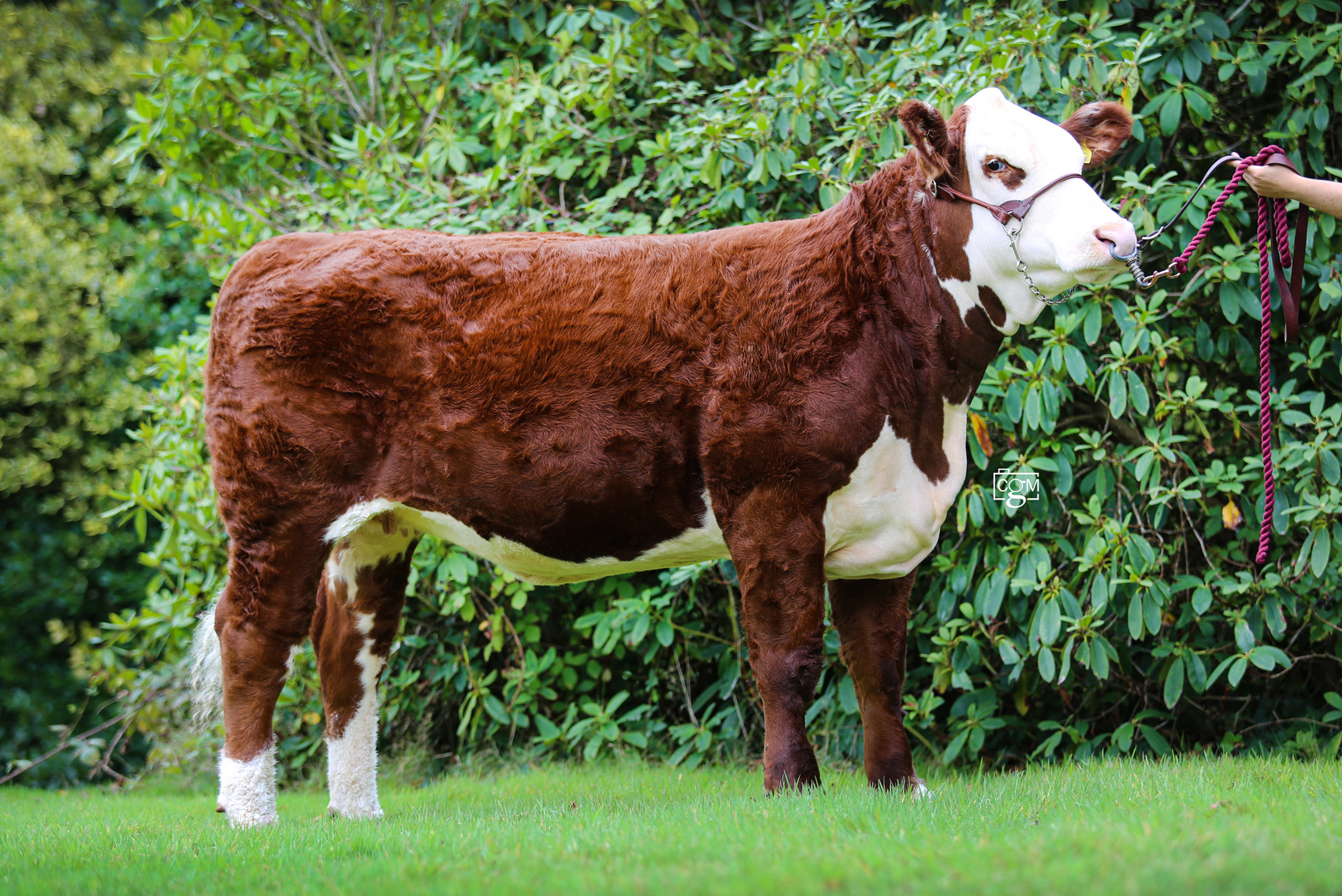 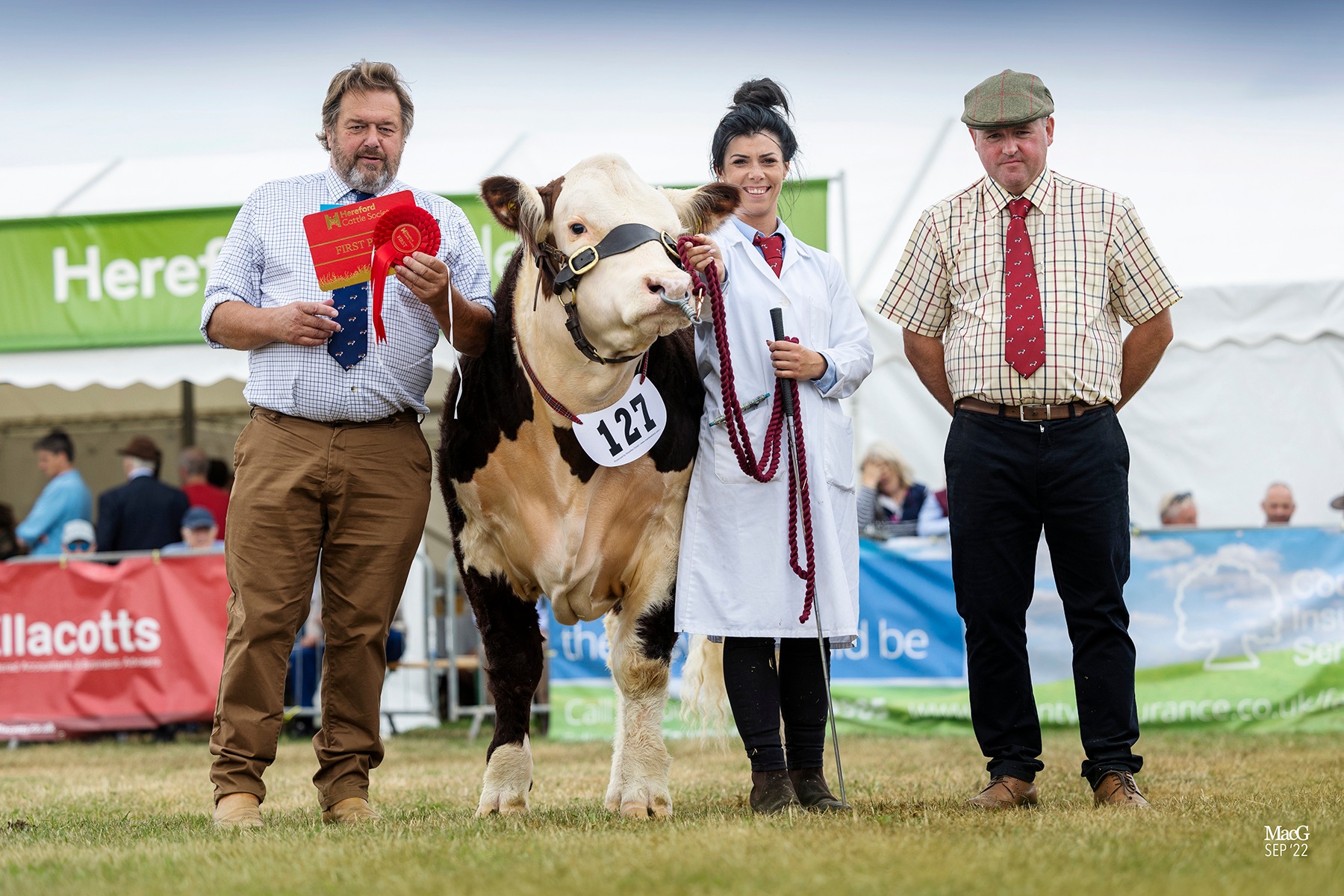 Our aim is to continue to produce high quality cattle that are required for today’s market.

The original British Polled Studdolph Hereford herd was established in 1946 with one female line retained following the dispersal of the original herd in 1979.

During the next 10 years a nucleus herd of pedigree breeding cattle ran alongside a crossbred Hereford herd until the early 1990’s, when we introduced new poll bloodlines from the Dendor, Lowesmoor, Costhorpe and Mandalay herds.

We place a huge importance on depth of breeding within our cow families so of course, selection of stock bulls has been a major decision within the breeding programme. We carefully select bulls to suit the individual females in order to preserve the length, muscling, locomotion and overall quality of conformation within the herd.

Occasionally we have considered whether to discontinue the original British Polled bloodline, but we have found it is often a British Polled bred bull that is superior amongst its peers and the one that catches the eye of a bull customer.

Bulls are offered for sale at 12-15 months of age with a full choice given to customers; we do not retain the best for showing purposes. We are impressed by the number of repeat customers we have, coming back time again having been delighted by the calves on the ground and the longevity of our breeding bulls, many of which are still working at more than 10 years old.

In 2005, Non was given two heifers for Christmas: Dendor 1 Greta and Dendor 1 Myrtle and the Studdolph Poll herd began.

The herd has a strong presence at both local and national shows as well as calf shows. In 2020 we took to the world of virtual shows for the Dyfed Hereford Breeders Club and Ashdale 3 Queen 509 was awarded Best Exhibit.

Ashdale 3 Queen 770 took the championship honours in the 2020 Dyfed Hereford Breeders virtual Christmas Calf show, with judge Bernard Llewelyn describing her as “a very pleasing heifer with a leg in each corner, tremendous width behind for a heifer of this age”.

Studdolph set a new centre record at Shrewsbury in 2021 when the first Studdolph females to be offered for sale publicly for 40 years went under the hammer. Glenvale 1 Polly 721 realised 5200gns, an April born Netherhall 1 Oz Daffy daughter sold served to Vexour 1 Palmer, with Glenvale 1 Polly 712 close behind her at 4600gns. A paternal sister to Polly 721, she sold served to Fisher 1 Rancher.

Having been sold to Calum Smith and Anna Wilson, we were delighted to watch Studdolph 1 Barbie 754 take the reserve championship at the 2021 National Poll Show.

As well as sales at Shrewsbury, we were delighted when three of our heifers were sold to the Mairwen herd of international rugby referee Nigel Owens. 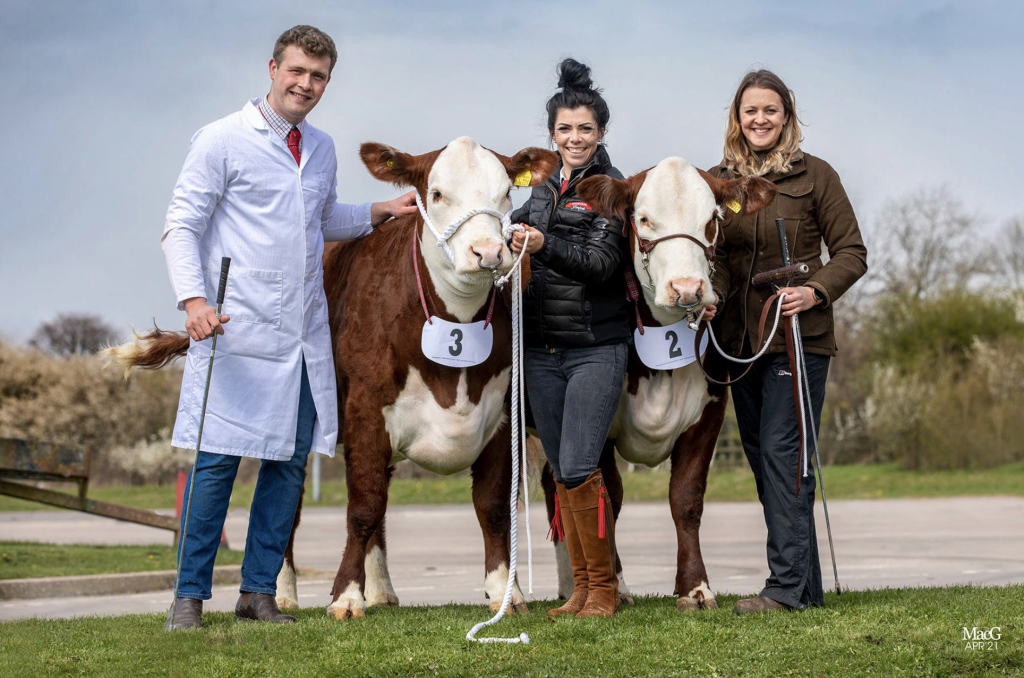 Glenvale 1 Elvis has recently joined the Genus stud. His dam, a first calving heifer, is from one of our superior cow families, “Angela” which are renowned for their maternal traits and producing oceans of milk. He is sired by our current stock bull Vexour 1 Palmer. Elvis has a replacement index in the top 5%. 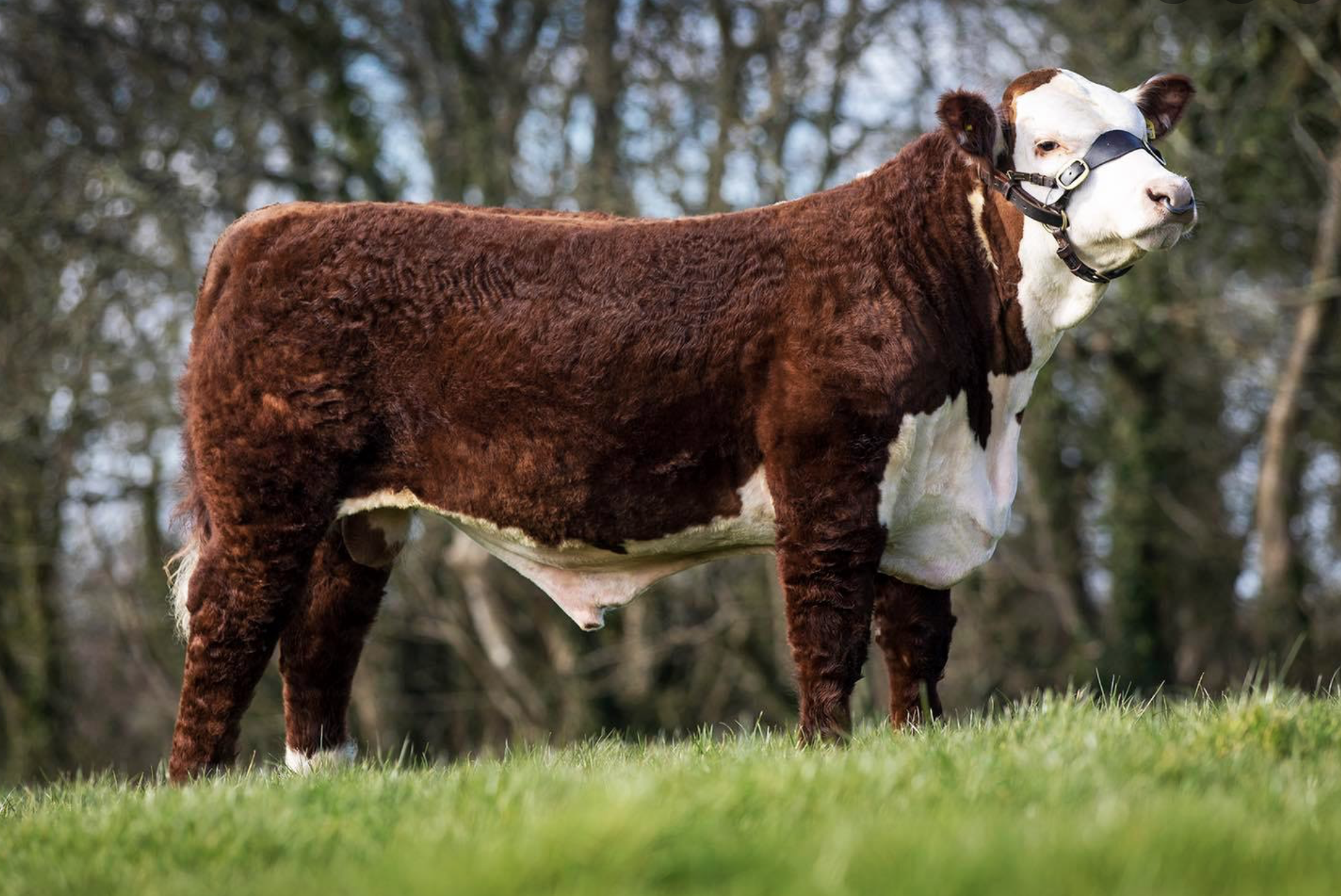