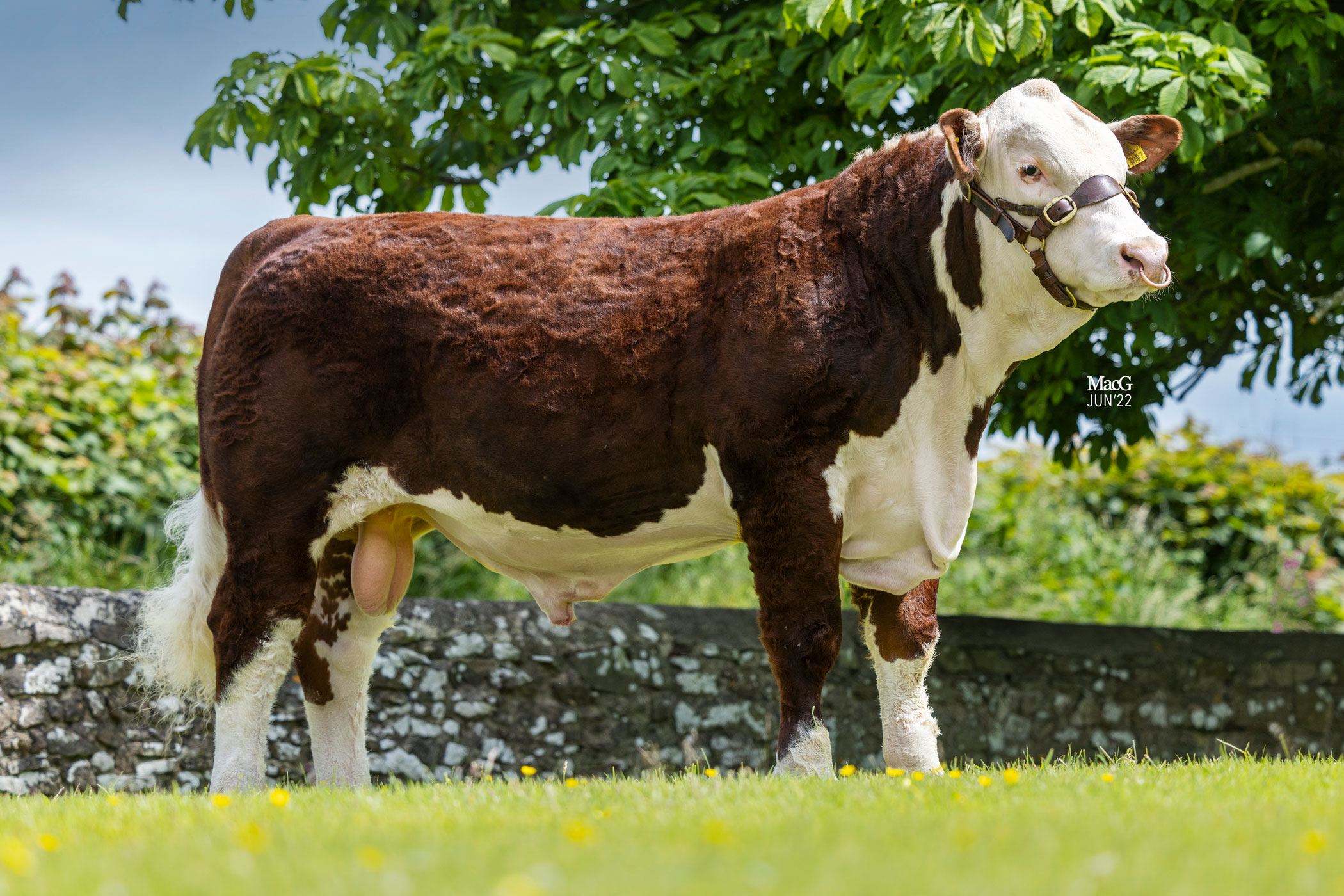 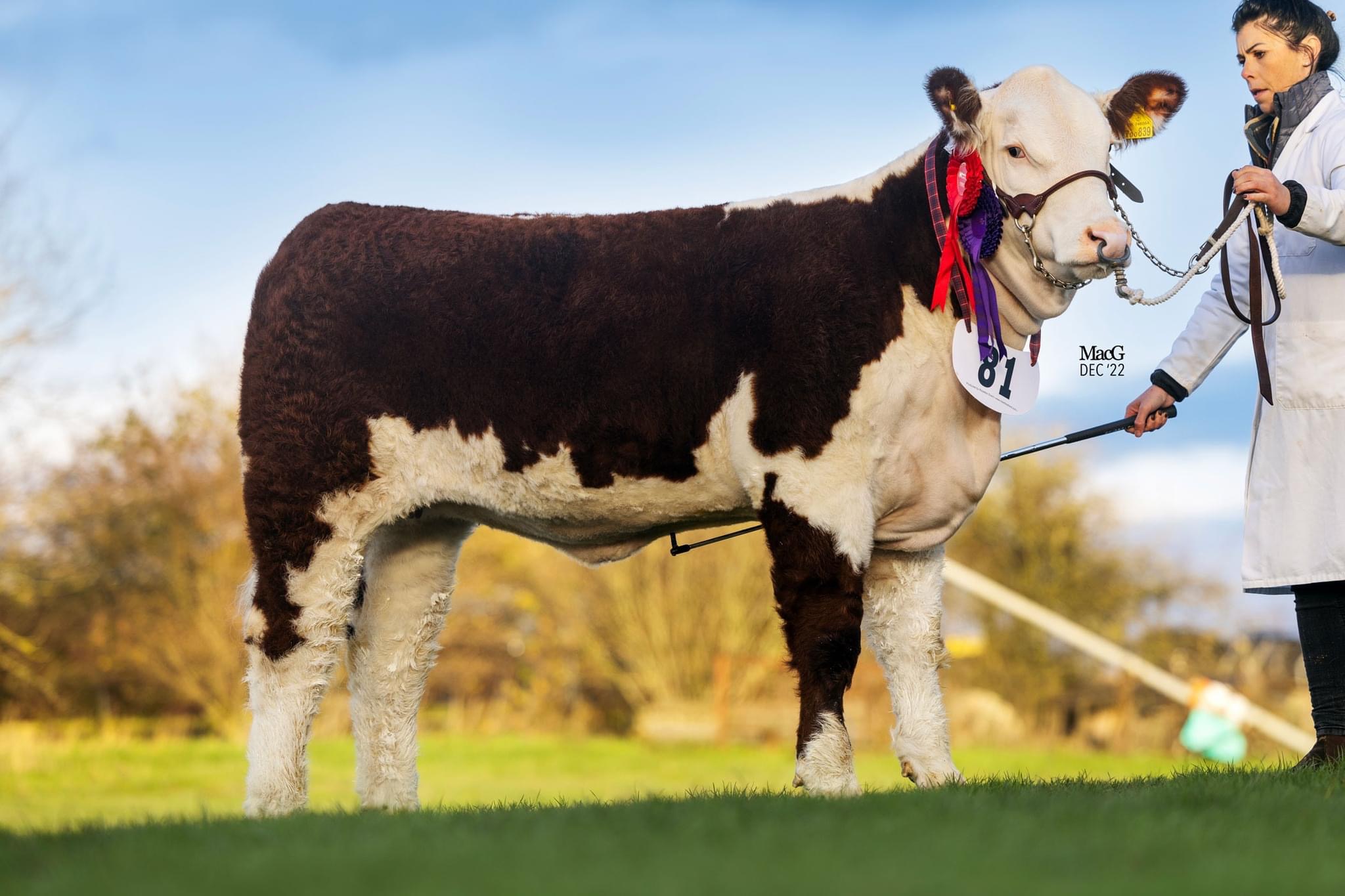 Our aim is to continue to produce high quality cattle that are required for today’s market.

The only British Polled line in the herd that derives from the original horned Herefords at Studdolph, which were established in 1946. A very well-respected family, a Queen often appears in the show team and young bulls from this line stand out amongst their peers.

Ashdale 3 Queen 509 was recently crowned Best Exhibit at the 2020 Dyfed Hereford Breeders Virtual Show, having won the cow class. Judge Clive Davies commented that Queen is “an excellent example of a modern Hereford”. Queen 509 also represented Wales in the Hereford of the World competition.

Ashdale 3 Queen 770 took the Championship honours in the 2020 Dyfed Hereford Breeders Virtual Christmas Calf Show, with judge Bernard Llewelyn describing her as “a very pleasing heifer with a leg in each corner, tremendous width behind for a heifer of this age”.

A wonderful breeding family, full of maternal quality and exceptionally milky. This line originated from the Costhorpe herd, the original Angela being an in-calf heifer purchased privately.

Glenvale 1 Elvis recently sold to Genus, has fantastic milk and calving EBV figures. He is out of a first calving Angela heifer.

With a new centre record being set at Shrewsbury in Spring 2021, there is no denying the quality of the Polly line. As the first females to be offered for sale publicly in 40 years, Glenvale 1 Polly 721 realised 5200gns with Glenvale 1 Polly 712 close behind at 4600gns.

The Polly line originates from a Mandalay heifer purchased at a Hereford Cattle Society Sale and they have bred multiple champions along the way.

The Milly line was purchased from a Hereford Cattle Society Sale and originated from the Costhorpe herd.

The Kylie and Doris’ are the same family and are a Dendor line and were formed with private purchases.

Glenvale 1 Doris 671 won her class at the 2019 Royal Welsh Show which was the largest and strongest class on the day.

Close relations to the famed Angela’s, the Sara family also derived from Costhorpe.

Another Hereford Cattle Society purchase from the Mandalay herd.

For Christmas when Non was 16, she was gifted two heifers, the first of which Dendor 1 Greta who began the Barbie, Vogue and Precious lines.

Having been sold to Calum Smith and Anna Wilson, we were delighted to see Studdolph 1 Barbie 754 take the reserve championship at the 2021 National Poll Show.

Studdolph 1 Bale from the Vogue line was awarded Junior Male Champion at the 2018 Pembroke Show having also won the Junior and Reserve Male Championships at the 2017 National Calf Show.

The second of which being Dendor 1 Myrtle, now the Dior line.